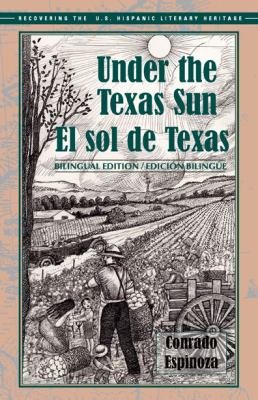 "They had just crossed the bridge into the United States. Their feet were now firmly planted on the soil that was their promised land. They had made it! Blessed be the Virgin of Guadalupe! Now they had no reason to fear the villistas, the carrancistas, the government, or the revolutionaries! Here they could find peace, work, wealth and happiness!" And so begins the story of the Garcia family, who like many of their compatriots, fled their homeland during the upheaval of the Mexican Revolution in search of a better life in the United States. Originally published in 1926 in San Antonio, Texas as El sol de Texas, the novel chronicles the struggles of two Mexican immigrant families: the Garcias and the Quijanos. Their initial hopes--of returning to their homeland with enough money to buy their own piece of land--are worn away by the reality of immigrant life. Unable to speak English, they find themselves at the mercy of unscrupulous work contractors and foremen: forced to work at backbreaking labor picking cotton in the fields, building the burgeoning Southwest railroad system, and working in Gulf Coast oil refineries. Considered the first novel of Mexican immigration, El sol de Texas / Under the Texas Sun depicts the diverse experiences of Mexican immigrants, from those that return to Mexico beaten down by the discrimination and hardship they encounter, to those who persist in their adopted land in spite of the racism they face. The original Spanish-language text is accompanied by the first-ever English translation by Ethriam Cash Brammer and an introduction by John Pluecker. Publication of this fascinating historical novel will provide unique insight into the long history of Mexicanimmigration to the United States and its implications for cultural, historical, and literary studies.

Authors: Conrado Espinoza
Categories: Mexicans
"They had just crossed the bridge into the United States. Their feet were now firmly planted on the soil that was their promised land. They had made it! Blessed

Club Constitucional. Candidato B. Mitre. Manifestaciones ... Discursos [in favour of the candidature of B. Mitre for the presidency of the Argentine Republic], etc