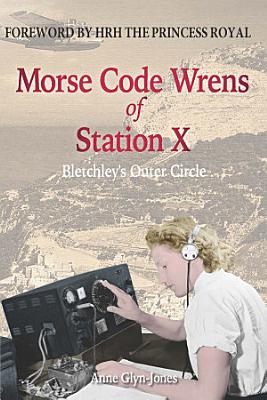 Anne Glyn-Jones opens up the secret world of the interceptors of German Morse Code signals during World War II. Leaving her girls' boarding school with romantic ideas about joining the navy as a Wren, Anne had no idea that she would be working for the mysterious 'Station X', which we now know to be Bletchley Park. Round the clock shifts, bed bugs, rats and poor diet took its toll, as well as the ongoing lack of recognition from the Navy hierarchy. Morse Code Wrens of Station X is a very personal memoir of a young woman's experiences of war time service, as well as providing fascinating insights into the daily realities of the battle for military intelligence superiority.

The Wrens of World War II

Authors: Peter Hore
Categories: History
The World War II codebreaking station at Bletchley is well known and its activities documented in detail. Its decryption capabilities were vital to the war effo

Authors: Tessa Dunlop
Categories: History
'Lively...in giving us the daily details of their lives in the women's own voices Dunlop does them and us a fine service' New Statesman 'Dunlop is engaging in h

Authors: Michael Smith
Categories: Political Science
The extraordinary wartime exploits of the British codebreakers based at Bletchley Park continue to fascinate and amaze. In The Emperor's Codes Michael Smith tel